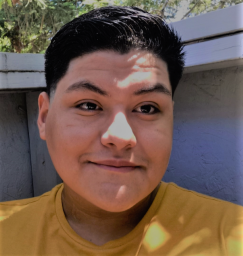 My experience as an undeclared student at UC Merced:

I wholeheartedly support students entering UCM as undeclared.  Although some might not want to only take General Education (GE) classes, I believe it allowed me to experience different subjects and ideas to decide what most interested me.  I came to UCM expecting to pursue a science degree, possibly in microbiology or astronomy.  However, after taking a few introductory economics courses during my first and second year, I became more and more interested in the subject.  Even if I had decided to stick with my initial major choice, I still would have completed all my units required for GE while exploring my choice of major.

I was undeclared until partway through my second year.  It was a bit difficult to sometimes get the classes I needed or wanted and there was always pressure from friends and family to choose a major.  But by taking my time to explore other fields of study, I was able to start on a career path where I believe I will thrive the most.

I have had tons of influences in my life, both real and fictional.  From the basic ones, like my parents who immigrated to the U.S. from a dirt-poor village in Guanajuato, Mexico to live the American dream, to more unexpected influences like Jedi master Obi Wan Kenobi, I look up to many role models.  I have a a strong, supportive family, a few incredibly intelligent, funny and kind friends, and I idolize lightsaber-wielding space wizards that spend their lives seeking to selflessly help others and achieve inner peace.

Challenges in choosing a major:

The biggest challenge was dealing with pressure from others to declare.  Although I explained that I wanted to play it safe and experience as many topics as possible, there were always friends and family who warned me that I would never choose a major.  I also experienced almost an air of superiority from students who had declared a major and seemed to believe they had their lives figured out.  Not giving in to the pressure to declare was a significant challenge.  The actual choosing a major and transition were easy, thanks both to my stubbornness to stay undeclared as long as possible and my great academic advisor in the Bobcat Advising Center.  I would schedule semi-regular appointments with him to discuss choosing a major, tell him about my interests, and listen to him explain different career paths.

Help in choosing a major:

Advice for other undeclared students at UCM:

I've been preparing for college since the fifth grade with my friends José and Benjamin so I like to think that I was a bit more prepared than the typical first year at UCM!  Having said that, I cannot stress enough the importance of paying attention to your physical and mental health while you are in college.  You health matters and there are lots of resources for support and wellbeing at UCM.

Just know that being undeclared has led me to the most successful time in my life so far.  I am a full-time student, work full-time at an Amazon Fulfillment Center, and am the very proud co-owner of an investment company.  If I had started at UCM in a declared major and stuck with my initial plan, I might never have met the colleagues that I opened my investment company with--and I might be studying in a major in which I have no interest!  Take your time, work hard, talk with your advisor and mentors, and do your best to prioritize your wellbeing.

May the Force be with you, always!

Oh, The Places You'll Go by Dr. Seuss because that book inspires me to know that no matter where I go, I will be successful.

Challenges in choosing a major:

I entered UCM thinking I was going to be an engineering major.  I was so determined to try computer science and engineering (CSE) that I didn't explore my other options. The turning point for me was that I was not succeeding in the courses required for CSE.  I was very unhappy and very stressed in one particular engineering course and realized I wasn't doing what I know I'm capable of or achieving my full potential.

Help in choosing a major:

Talking to my BAC academic advisor helped me choose my major.  Also, asking advice from other students.  When I spoke with my BAC academic advisor, I made a pro and con list to compare three majors and realized that I was more passionate about management and business economics than I was about engineering.  I then made a new degree plan on MyDegreePath which helped me plan out the new major and look at when I could graduate.

Advice for other undeclared students at UCM:

Do not feel pressured by peers or family members when choosing your college major.  Pick something that you're interested in or passionate about.  Use GE classes to help you explore other fields and do not feel afraid to seek help from your academic advisor and other campus resources!